These people say they are mine. They honor Me with their lips, but their hearts are far from Me. And their worship of Me is nothing but man-made rules learned by rote (Isaiah 29:13, NLT)

Where Talk is Cheap

Once upon a time I wandered in a lost world where talk was cheap, promises were empty and worship, a farce.

We were well-trained, yet lost, in the ways of bringing sacrifices of praise and worship to our God.

A garish smile reflected my parched, barrenness … the nothingness of a little one who frantically tried to win the approval of the world; a world capable of loving only those who could sing a Babylonian song.

The rhythm of their music in all its religious genres, enslaved my soul and its worldly, earthly fortissimo and deceptive lure became the jailer of my imagination.

But in lucid moments God opened my heart to the sweet pianissimo of life and the delicate joys of beautiful roses.

He gently led me, together with the beasts of the field, to a Garden in the east … to a river where He quenched my inmost thirst with the Fountain of Life.

He brought me to a Heavenly Throne where I bowed down with all creation  in reverent worship to the King of kings … there where I could behold His glory.

Much love and sweet blessings xx

I am linking up with Lisa-Jo and all the gracious ladies at my Tea Time and Link-Up page. Due to a bad case of fibrofog and flue, I totally overspent on my five minutes.

Gods Thoughts to Me

If we are unfaithful, He remains faithful, for He cannot deny who He is (2 Tim 2:13)

How do I write when all my mushy, swirling, nagging fibro thoughts; even my latest  Diva tantrum, are stolen from my mind or vanishing like the morning mist into thin air.

I vouch for fairies being the culprits, for I smell fairy dust and I hear the twinkling of their bells

How can I paint a beautiful rainbow of tears when the last tear is spent on sorrow and not a little moisture left.

Will you dance the last waltz with me one day when we are old and my hair is grey. Will our hearts still be enthralled for a last time by the rhythm of the violins playing Beethoven’s 9th Symphony? 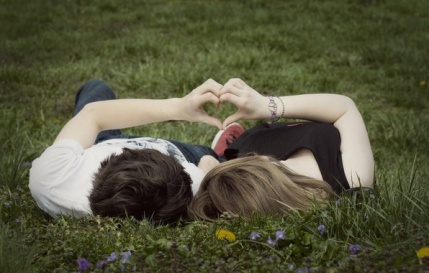 Will you still lovingly hold my hand for the last time when my Beloved comes to take me home. Please put my hands softly in His and walk a little way along.

Much love and sweet blessings xx

Link with the linky places at Tea Time and Link Ups. 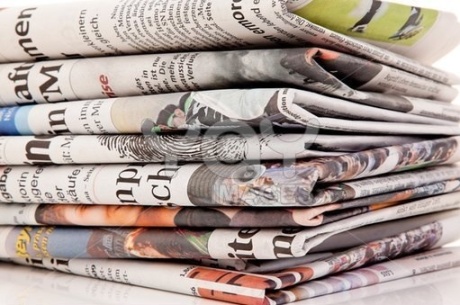 The kings of the earth prepare for battle; the rulers plot together against the Lord and against His Anointed One. “Let us break their chains,” they cry, “and free ourselves from slavery to God. But the One who rules in heaven laughs. The Lord scoff at them. (Psalm 2:2-4, NLT).

The world is a publishing house blessed with new mercies and empty sheets at the break of each dawn.

It yearns for small stories of love and beauty written with rays of sunlight and colored with rainbows flickering through frisky dew drops dancing on blades of grass.

But the Tabloids of Life are written with the blood of murders and wars … the pain and sorrow of corruption … the putridness of crime … the infidelity of humanity.

The world’s Gazette is manipulated by a social hierarchy playing a game of chess with the minds of man. A Trinity of Terror splashes the front pages with lies and deception:

Politicians, puffed up with vanity, are leading their puppets, firmly gripping their strings of straw, into a pseudo peace beyond the grasp of any human mind. They are messing in the business of God.

Economists are promising an emaciated, starving world with beguiling lies, food and drink to feed and fill every empty belly groaning with hunger and thirst, seeking silently for breadcrumbs from the tables of the rich. They are playing God.

Religionists are building beautiful staircases to heaven, leading straight to hell, with tithes stolen from the overburdened naive, without lifting a finger to ease the sorrow of a suffering world. They think they are gods.

Yet, in the “Small’s” section of every newspaper, our little lives are interviewed daily. We are small advertisements, twinkling with the glory of grace … shining with the beauty of forgiveness … telling the wondrous story of love.

Much love and sweet blessings XX

Linking-up with Lisa Jo. Please visit my other linky places at my Tea Time and Link-Ups page.

What sorrow awaits those who look to Egypt for help,trusting their horses, chariots, charioteers and depending on the strength of human armies, instead of looking to the Lord, the Holy One of Israel. In His wisdom, the Lord will send great disaster; He will not change his mind (Isaiah 31:1-2, NLT).

In 2010 the movie, The Bang-Bang Club was premiered at the Toronto International Film Festival.

They captured the low intensity war within the South African townships during the time of apartheid, especially during the period from 1990 to 1994.

The movie was the result of the political intolerance between the ANC supporters and the supporters of the Inkhata Freedom Party.

In 1991 Greg won the Pulitzer Price for his photo of the murder of Lindsaye Tshabalala and Kevin was the photographer of that tragic picture of the little girl dying of hunger in Sudan while a vulture was stalking her in the background.

In 1994 Kevin also received the Pulitzer Prize for this heart wrenching photo. He was a man with a gentle, soft heart and in the same year he committed suicide. 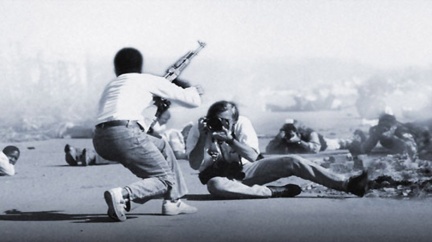 Ken Oosterbroek was caught in friendly fire from the UN Peace Corps in Soweto in 1994 and died in hospital. Greg was also wounded but survived.

in 2010 Joao accompanied US soldiers on a patrol in Kandahar where he stepped on a land mine and both his legs had to amputated below the knee.

Being a South African, I was deeply touched by this movie. I want to honor these four valiant men for recording this specific period in the history of our country. I dedicate this poem to them.

Am I poetically correct
Clinging to tatters of sanity
Deliberately distancing myself
From a Tokoza, Soweto, Boipatong
A genocidal, massacred Marikeng
From frivolous political commentary

From the heat and smoke of battle
From a thick, impenetrable wall
Of naked hatred, of tangible fear
An unlawfully occupied dust road
Built with granite rocks of terror
And tarred with human excrement

From assegais and machetes
Broken humanity, black and white
From fields being prepared
To serve as a dance floor
For rubber tyre necklaced dancers
Dancing the fire waltz of death

From puppets manipulated by Evil
Who clutches the strings of power
From the spiflicated mother hearts
Emaciated, drained of comfort tears
Mesmerized children dodging bullets
Flickering like swarms of fireflies

Much love and sweet blessings

Please visit my Tea Time and Link-Ups page and meet all the friendly ladies I link with during the week!

Pure and genuine religion in the sight of God the Father means caring for orphans and widows in their distress and refusing to let the world corrupt you (James 1:27, NLT).

A widowed world is seeking a husband; seeking for purpose and meaning beyond the planets and the brightest stars … beyond the shredded fragments of a lonely life.

The Hand of Eternal Love lovingly caresses her lonely lady heart. It purposefully, yet fondly navigates her towards the fulfillment of time … gently towards the end of her widowhood.

The fallen minds of man are building monstrous structures and systemized lives. These Babylonian towers are reaching up into futility; into the unknown heavens trying to reach out to God

They try to mend their broken hearts with the technology of selfish pride and cover their shameful nakedness with the flimsy garments of fig leaves, designed and sewed with self-effort.

They are starving … craving a feast of love and acceptance at the table of their gluttonous, greedy god.

But still; some orphaned, lonely hearts are reaching into the unknown like radio telescopes. Their radar is piqued by the frequency of Love … drawn by the overtures of Someone beyond themselves … beyond their finitude.

Seeking, searching and yearning for the mysterious raison d’être; still blind to the Light of Heaven flickering … inviting …  like the sweetest fireflies. 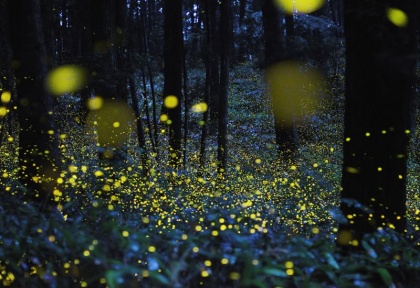 It splashes light crumbs of heavenly Bread in the fearsome forest of a lost soul. It leads them out of the darkest despair onto the pathway to freedom.

It embraces every child abandoned by their stepmother god … it envelopes them in Emmanuel’s heart.

Linking-up with Lisa. Please check my Tea Time and Link-Ups page for my weekend visits. 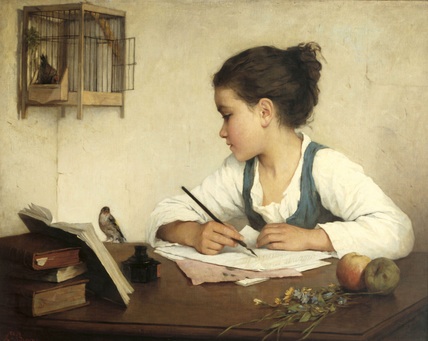 The Master Author and Painter is delightfully captured with exuberant love as He paints the story of a life refined. He is enthralled by the unfinished fairy tale of His beautiful one, the picture of His gazelle. 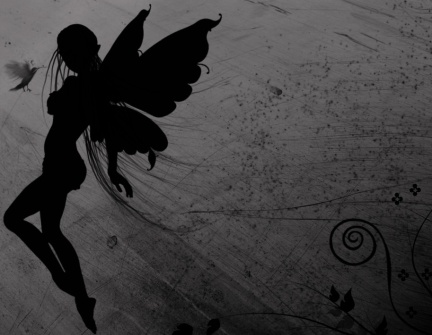 He mixes the ashes of her broken life with the colorful splashes of her pain and sorrow and collects every tear as His artist turpentine to paint her story … their story.

Every sigh escaping her heart explodes into royal purples and blues and her soft whispers of love to Him creates a joyful rainbow of delight.

Her dark thoughts of anger and turmoil provide the blacks and browns for the dangerous, yet wondrous journeys through dark enchanted forests filled with light beams of hope.

The Master Poet uses the murderous monster of exhaustion who tries to rip the pages of her story into tiny fragments, to write a tender fragile poem with a feathery quill of compassion.

Every stab of excruciating pain becomes another valuable brush stroke to add a touch of gold to enrich a life surrendered … a life where every picture, every word, every page, every thought, every nuance, breath and smile is embraced by her Pappa’s love.

Much love and sweet blessings XX

Linking-up with Lisa Jo. Please check out my new page, Tea Time and Link-Ups, where  you will find all the beautiful places where I link every weekend.