Dear friends, do not believe every spirit, but test the spirits to see whether they are from God, because many false prophets have gone out into the world (1 John 4:1, NIV).

I used to be good friends with a lady who was a member of the Seventh-Day-Adventist Church. She had a very difficult childhood and subsequently grew up into a very insecure, vulnerable young woman.

When she desperately needed love, she met a few Seventh-Day-Adventists and they welcomed her with open arms. As she didn’t grow up in a church and didn’t know our Lord, she accepted their teachings and married their young pastor.

The founders of the Seventh-Day-Adventist Church were Ellen G White, her husband, James White and Joseph Bates. The Adventists consider the teachings of Mrs White, which are based on visions she apparently received from God, to be just, if not more, reliable and true as the Bible.

These precious people are heavily bogged down under the yoke of legalism. Yet, they consider themselves to be the remnant spoken of in Revelation 12:17.

This belief can easily scare the living daylights out of a naive, gullible person, like my friend, and make them a life-long member of this church.

Their teachings are very dangerous and the fact that they celebrate their Sabbath on a Saturday, is only a small fish in the ocean of deception. 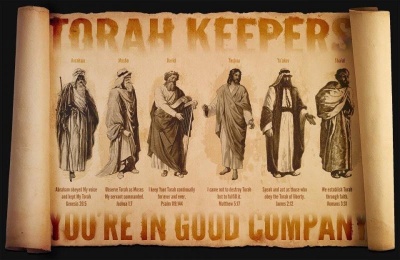 My friend tried her utmost to convert me to Seventh-Day-Adventism, but when she realized she was wasting her time, she sadly ended our friendship. I did a thorough study of their teachings and our Pappa protected me from believing lies.

I am amazed how educated, intelligent people use a single Scripture verse as the basis for a whole new doctrine and subsequently a new church!

Just to give you an idea how easily a Scripture verse can be taken out of context and manipulated to create a whole new doctrine, I want to mention their teaching about dietary laws.

According to them it is sinful to eat pork, but conveniently ignore Paul’s warning, “So don’t let anyone condemn you for what you eat or drink… (Colossians 2:16)”. 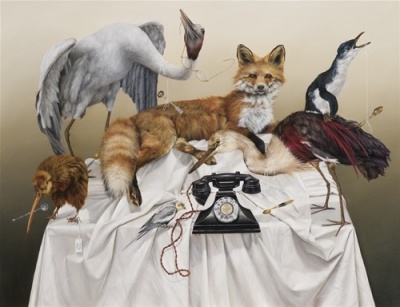 When Peter received the vision from heaven of the sheet containing all the “unclean” animals, according to the Old Testament laws, our Pappa told Peter to eat these unclean food. We know our Lord wanted to show Peter that, contrary to their belief, He didn’t consider the Gentiles to be unclean.

The Seventh-Day-Adventist believe He was referring only to people and not animals! Pigs are still happy and safe in Jerusalem and amongst these folks! The dietary laws of the Old Testament are still operative to them today.

Their teachings made me realize how easily one can base many false, deceptive doctrines on a few Scripture verses taken out of context and by implication deceive millions of people. The fear factor and the false security it offers keep many earnest seekers of God chained to these false doctrines.

The greatest danger lies in the fact that nearly every lie can be defended from Scripture and the adherents usually valiantly claim to be just as noble as the Bereans who eagerly listened to Paul and Silas and searched the Scriptures daily to if what they preached was in fact the truth.

When I came to realize that countless, terrible lies were being nobly taught straight from the Bible, I seriously looked at what the Bereans were really doing. I found the secret lying not in what they were doing, but in what Paul was preaching.

Paul and Silas were in Thessalonica before they came to Berea. There was a Jewish synagogue and for three Sabbaths in a row, Paul reasoned with these Jews.

He used the Torah to explain the prophecies about the Messiah who had to suffer and rise from the dead. He informed them that Jesus was this promised Messiah.

The Bereans were more open-minded than the Thessalonians and eagerly listened to what Paul was preaching. Yet, they didn’t just gobble-up everything Paul said, but searched their copy of the Torah daily to make sure of the truth of their words. Paul commended them for this (Act 17:11).

Paul warned the Thessalonians to test everything and only hold on to what is good and true. In the same manner we find John warning the believers not to believe every spirit, but to test the spirits to see whether they were from God. Even then many false prophets were claiming to preach the truth of Christ. 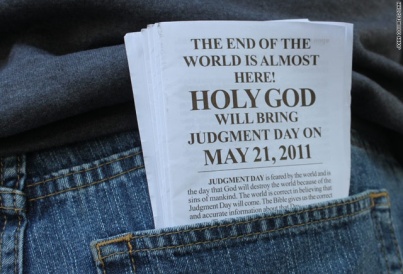 Today were are in the midst of a great apostasy and we have greatly stifled the Holy Spirit’s gift of discernment. We believe left, right and centre everything that is taught in the name of our Lord Jesus without testing anything.

I know that if people are like me, we often cry this great battle cry of  “Sola Scriptura”. Yet, we are clueless about the battle we are so valiantly fighting for! No wonder the Roman Catholic papacy, at the time of Martin Luther, used to say that the Protestants only exchanged their idol of the Pope for another, the Scriptures!

I invite you to accompany me as I investigate, like the Bereans, for another few posts and test a few of the subtle false spirits doing the rounds today and which are difficult to discern as falsehood.

I want to delve deep into the Gospel Paul was preaching and hold onto our Lord Jesus who is the only Way … the only Truth … and the only Life.