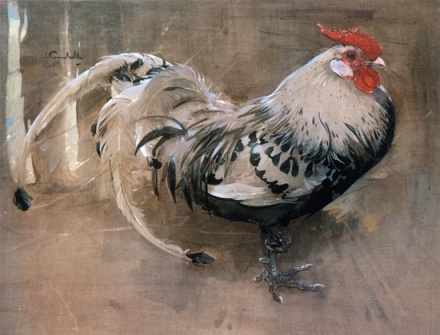 It is Never Too Late

I am delighted to introduce you to my husband, Andre. He has graciously agreed to write a guest post. Thank you, so much! Over to my Dearest:

My wife, Mia, asked me to look for a photograph that speaks to me spiritually. I immediately thought of the rooster that crowed when Peter denied our Lord the third time.

What is really significant to me is the way Peter reacted when he realized Jesus’ prediction came true! In Luke 22:62 (NLT), we read that Peter left the courtyard weeping bitterly!

Can you imagine how Peter must have felt? He just denied his best Friend, the Man he spent three years with travelling the length and breadth of Israel.

They virtually lived in each other’s pockets as the saying goes. Was Peter not considered to be the leader of the disciples? Yet, at crunch time he could not speak up for Jesus, he denied Him.

Proud Peter failed and the first one to realize it, to his credit, was him. Did he not boast a few days earlier that when everyone runs away, he will stay with Jesus? He did stay for a while, chopping a guard’s ear off when they came to arrest Jesus!

This seems quite brave, but he denied that he knows Jesus, not once or twice, but three time! Proud, impulsive, boastful Peter. Once again, pride came before the fall. 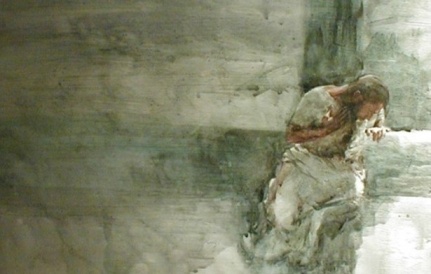 In my language, Afrikaans, we have a saying: “Spyt kom altyd te laat.” Roughly translated it means that remorse always comes too late.

Fortunately for Peter, he did not deny an ordinary Man! He denied the Lord of lords and the King of kings in Whose book, remorse is never too late.

Just a few days after Jesus’s resurrection we find them on the beach of the Sea of Galilea. When Peter realized it was Jesus, he did not even wait for the boat to dock, but jumped overboard and swam to shore! 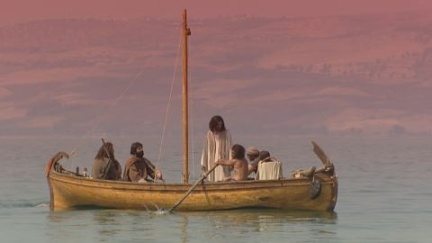 After they all had breakfast, Jesus asked Peter three time if he loves Him. Peter was hurt that the Lord had to ask him the question three times. He kept on saying that Jesus knows the answer. Did he remember the cock that crowed?

However, after the third time that Peter answered that he loves Jesus, the Lord simply said, “Follow me” (John 21:19, NLT). This is the epitome of forgiveness!

I mean, here is the man that denied Jesus and He asked Peter to follow Him and to look out for His followers. How many of us would’ve done that? Peter was once again restored.

I also deny my Lord daily, whether I want to or not! Life happens and before you know it, you have scolded a colleague or bad-mouthed the boss. Is that not the same as denying Jesus?

Are we not supposed to love our fellow-man? Should we, as folks who have been rescued from the pit of hell, not live as an example to the rest? This is how we think.

But, we have a Spirit that convicts us. It does not condemn us, but simply reminds us in a gentle way that we have sinned.

We don’t need a rooster to crow. This gentle conviction gives us the opportunity to go back to Jesus, ask for His forgiveness and His love will overcome everything!

It is never too late for remorse in Jesus’ world! Trust Him.

16 thoughts on “The Rooster Crowed”