For I was hungry, and you fed me, I was thirsty, and you gave me a drink, I was a stranger, and you invited me into your home. I was naked, and you gave me clothing. I was sick and you cared for me. I was in prison and you visited me … Lord, when did we ever see you hungry and feed you? … I tell you the truth, when you did it to one of the least of these my brothers and sisters, you were doing it to me! (Matthew 25:35-40, NLT).

But when you give to someone in need, don’t let your left hand know what your right hand is doing. Give your gifts in private, and your Father who sees everything, will reward you (Matthew 6:3-4, NLT).

When my earthly Pappa passed away 8 years ago, he left me a legacy I would never exchange for all the riches of the world.

He had a humble burial, the way he preferred, actually insisted on. His grave is adorned only with an uncut rock from my brother’s farm and a few succulents.

On the rock is a small copper plate engraved with his name, date of birth and death, and the words,”And the greatest of these is love”.

My father was a humble man who taught me much about my heavenly Pappa.

He had the means to be quite rich, but he wasn’t! He didn’t preach with words, neither with visible deeds of charity.

Actually, I don’t think he knew what he was doing anyway. He and my late mother had generous hearts for the naked, the poor, the hungry and the sick.

But I could see a regular pattern emerging from his life like a sweet fragrance.

Many people whose lives were quite broken, not only physically, emotionally, financially, but also in many other small ways, were quite transformed and much better off once their paths have crossed his.

They had sort of more direction and purpose in life and usually they started to know our heavenly Pappa in a new way once they allowed Him to touch them through my father’s life.

He showed me what true love really is without saying a single word!

He definitely had no repetoire of “good” religious deeds that he will one day be able to present to his heavenly Pappa like many would as our Lord told us,”On judgement day many will say to me, ‘Lord! Lord! We prophesied in your name and cast out demons in your name and performed many miracles in your name'(Matthew 7:22)”.

I have the suspicion that, according to the world’s standards, he was not even a very good steward of his money.

But then, his left hand had not the slightest clue what his right hand was doing.

Oh, and he had such a wonderful sense of humor! He could tease us endlessly, yet, with so much love and compassion that it was like a fresh, peculiar breeze in a world fiiled with greed and seriousness!

He was a highly intelligent and educated man, but to him, it was of no importance. And he knew suffering and sorrow, for he lost his wife when he had us three naughty, impossible kids of respectively nine, six and three years old.

I know that when one day the great Shepherd separates the sheep from the goats, my father will be so surprised to be amongst the front sheep for he wouldn’t have the slightest idea why he is so blessed. (Matthew 25:32-33).

He will be so surprised to be granted a place at his Pappa’s right hand … that special place of honor for he will NOT KNOW what he has done to receive such love! 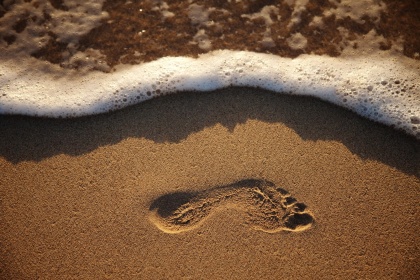 Dear Ones, this is the legacy my father left me … the legacy and footprints I would love to walk in.

I am linking-up with

7 thoughts on “The Sheep and The Goats”